Funding those with disabilities first

I’m adamant that we fund the most in need and disabled first. Since 1990, the waiting list for those who qualify for Medicaid assistance, including the intellectually and developmentally disabled, has increased exponentially without any funding increase.

My first attempt to prioritize funding for the disabled was in the 2010 budget. This year I again supported the cause for these vulnerable and at-risk individuals, and we secured a relatively small $22 million increase -- but Gov. Kelly cut it out of the budget and put the money into the $4+ billion education budget. 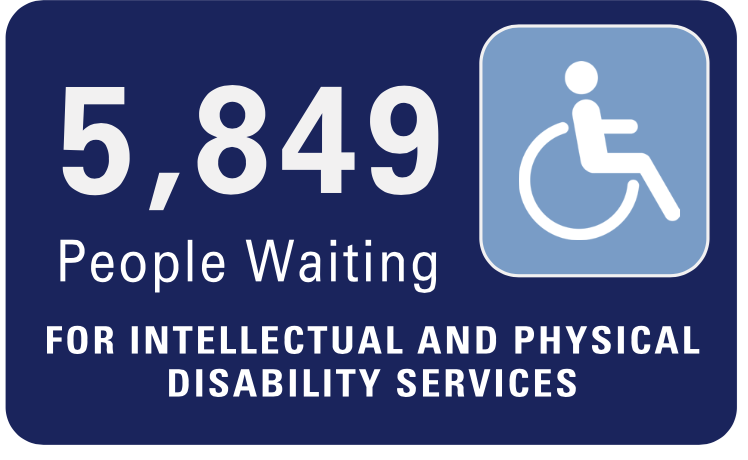 Fund those most in need first.

The budget process in the Kansas legislature should start with funding the most in need and disabled first. It's shameful that the 5,849 people who are waiting for help can't get basic services. I will lead the charge for this priority.

We should -- and can -- fund those with disabilities first, and we can do it without hurting the education budget.

This shouldn’t be a partisan battle. This is about our values. Helping the most vulnerable among us -- the disabled, the unborn and the chronically underfunded essential government services are nonpartisan values.

I will lead this cause -- without raising taxes -- because I have the courage that my opponent and the Governor lack.

Medicaid expansion is NOT the solution.

After thorough investigation, I remain opposed to Medicaid expansion for a number of reasons which I will outline below. We should not consider passing Medicaid expansion until the Value Them Both Constitutional Amendment is passed because without the amendment, Medicaid expansion would create a loophole for taxpayer-funded abortions in Kansas.

Here's how this could happen: expanding Medicaid in Kansas would move approximately 55,000 Kansans from private insurance to taxpayer-funded Medicaid. Under the Kansas Supreme Court decision, Hodes & Nauser v. Schmidt, any state restrictions on abortion must pass the highest hurdle of constitutional scrutiny, known as strict scrutiny. Almost no regulations will survive this standard and funding restrictions have already been struck down in other states applying this standard. In fact, our court already cited those decisions favorably in its Hodes decision.

With 55,000 Kansans moving from private insurance to tax-payer funded Medicaid, and our existing restrictions on using those state Medicaid dollars for abortion in jeopardy, there is a very real risk that expanding Medicaid without first addressing the Hodes decision would result in taxpayer-funded abortions in Kansas.

In addition to opposing taxpayer-funded abortions, there are other reasons that expanding Medicaid is not in the best interest of Kansans including, but not limited to:

•Medicaid expansion will not solve the problem of rural hospitals. This has been shown to be the case in a number of instances. One example is California where 1 in 3 Californians are covered by Medicaid yet they still have a 10% hospital closure rate.

•Medicaid does not increase access to care. There is still a small percentage of physicians who enroll to accept Medicaid. By expanding Medicaid, we crowd out those who have disabilities and need access to care. (See a detailed story about waiting lists for those with disabilities.)

Currently there are 37,000 children eligible in Kansas for Medicaid who are not enrolled. We should not expand a broken system, but work on making the current system better.

In the 2020 session, Medicaid expansion was a bill loaded with problems for Kansas taxpayers. With the enormous deficit we're facing after the pandemic, it's simply too costly and not effective.